In our opinion, this year’s Forecastle lineup is the best since Beck, Jack White, and OutKast filled Waterfront Park in 2014. This is for a couple of reasons – headliners that we haven’t seen (which is getting harder and harder for us…) AND the amount of local artists on the bill. Since we are a local live music blog at heart, we wanted to reach out to those musicians and see what they had to say.

First up: Evan Patterson of Jaye Jayle. You might also know him as the frontman for metal band Young Widows, or maybe you’ve spotted him around town because after all, our city is of the small sort where you’re always running into people. At the end of last year, Patterson/Jaye Jayle signed with Sargent House, and released the 6-song EP The Time Between Us in February. You can find more on that EP by checking out Syd Bishop’s interview with Patterson in the LEO Weekly and you can stream while you read.

In typical Live Music Lou fashion, we just wanted to find out a few things about the man behind the “creepy indie rock Kentuckian” – keep scrolling to see what he had to say, and then be sure to catch his set Friday, July 14 from 5:45-6:30 on the Port Stage! 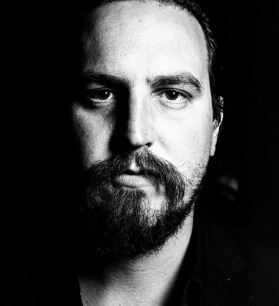 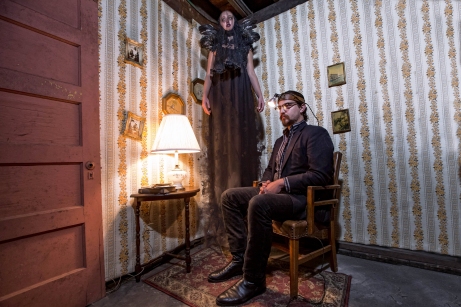 Live Music Louisville: Forecastle has such a presence in the city. For us (& maybe it’s because we’re not *originally* from here…so possibly a little biased) it’s one of the biggest weekends of the year around town. How does it feel to be one of the local acts on this year’s lineup?

Evan Patterson (Jaye Jayle): It is a pleasure and a surprise to be included as one of the performers at Forecastle. I’m very humbled by the artistic support of the festival organizers. We’ll be having a special guest visual artist doing live painting on stage during our performance. Music has always been and will always be about the arts.

LML: What other Forecastle acts do you plan on checking out over the weekend?

EP: Looking forward to seeing Run the Jewels on Friday and PJ Harvey on Sunday. The rhythm and beats of hip hop has always been a heavy influence on my music. PJ Harvey has been a long-time favorite of mine, as well as Mick Harvey, who now works with PJ Harvey. Mick has been an incredibly prolific collaborator with The Birthday Party, Crime and The City Solution, and Nick Cave and the Bad Seeds.

LML: We know you are involved in like a million projects. What all is going on for you right now, besides this Forecastle set?

EP: Most recently, Jaye Jayle finished recording a new full length album and I’ve joined Emma Ruth Rundle’s band on guitar. Jaye Jayle released a shared album earlier this year with Emma and toured Europe together in May and June. We have lots of touring plans for the rest of the year and next year will probably be an extremely busy one. For the time being these two bands are my main artistic focuses.

LML: What is your favorite summertime beverage to cool you off from the incessant heat?

EP: Beyond simply a tall glass of ice water…a pint of tequila and soda water with a splash of grapefruit always simmers me down.