In general we liked this year’s layout purely for movement purposes. That being said, the close quarters did lead to some issues. With fewer stages, that meant many of the sets overlapped by about a half hour or so. From the Ponce de Leon Stage and Piedmont Stage you could fully hear the other sets simultaneously going on. On Sunday, in particular, we heard a couple of bands comment on it.

Also, the sound at the ginormous Peachtree Stage was not ideal. There was a deaf spot on the left side, the right side was generally pretty bass-y and some sets were just entirely too quiet. 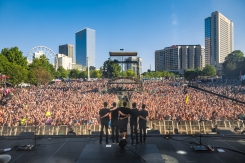 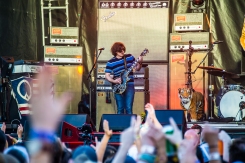