Having two opening acts before a headliner is like putting in one quarter at the vending machine and getting two drinks instead of one – a “hell yes” moment. This past Wednesday night, Louisville got to rock out to Joywave, Cold War Kids, and Young The Giant all under one, beautiful aesthetic, roof. 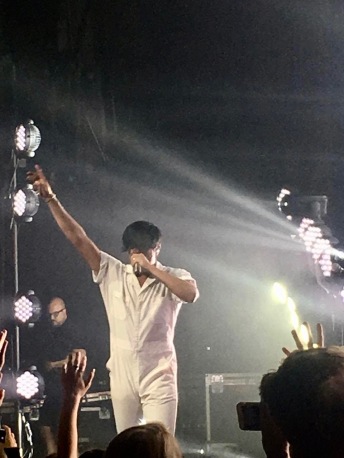 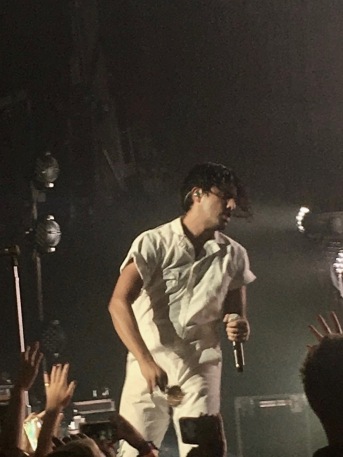 Young the Giant is making their rounds from state to state on their Home of the Strange Tour, and we were lucky enough to catch them early on. The 18 song setlist, however, did cover songs from their previous albums as well – a perfect balance for the new fans and those dedicated since 2011. If you’ve only listened to YTG on Spotify, Apple music, or whatever you choose, then you have not truly experienced all that their sound embodies. Their live sound is one of eery mystery, mixed with intense jam sessions, and pure, effortless vocals from lead singer, Sameer Gadhia. It’s just the right amount of weird to get you out of your reality, and into theirs. One of their most familiar songs, “Cough Syrup,” not only got the crowd out of their seats (if they were ever sitting to begin with), but Gadhia running up and down the isles of the Palace Theater. I was lucky enough to be standing right on the end of a row, reach out, and pretty much close-line Gadhia as he ran right by me – I don’t regret it. 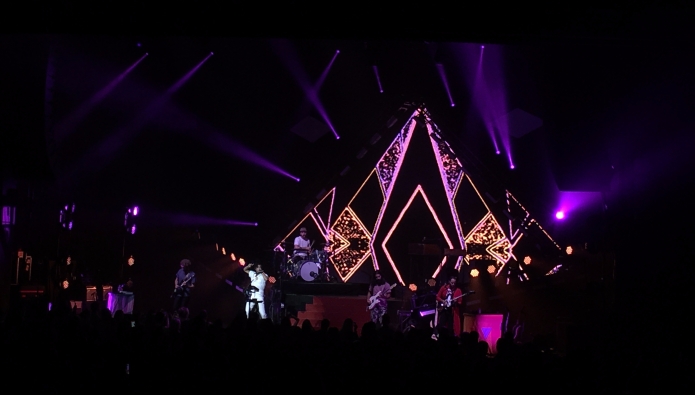 The funky sounds radiating off the stage completely took over the crowd on the floor, in the seats, and all the way up in the balcony. If you were sitting in a seat, then you understood the struggle of attempting to keep up with Gadhia’s killer dance moves and unleash your best dance moves. From the looks of the crowd, no one was letting a couple of folding seats stop them from going into full on festival dance moves from song to song. Halfway through the setlist, they played “Firelight” from their 2014 Mind over Matter album, which is a slower, emotionally intensive song, and then went into “Nothing’s Over” from their Home of the Strange album – taking the crowd an emotional roller coaster we hoped would never stop.

Although this is my third time seeing these guys live, each time has been a unique experience. I was happy to walk out of the fabricated star-lit sky of the Louisville Palace theater, with three huge bruises from the seats, ringing ear drums, a hundred new videos on my phone, and a energized soul. Another magnificent show from Young the Giant in the books, and only more to come.