Chalk this one up as one of the best shows of the year. Bold statement, maybe, but it is very truthful.

We’d heard a lot about Tank and The Bangas from the internet… their NPR Tiny Desk fame preceded them. And they lived up to the high expectation I had developed for them.

There is clearly something in the water in New Orleans- all the city’s artists are on something and creating innovative work. Tank and The Bangas are no different. It is really hard to pinpoint what it is that they do. There is spoken word/rap element, jazz, funk, soul, and R&B all tied into one performance, even into one song. You feel the necessity to bounce, jump, wave your hands and purchase a button that says “We Bang.” The entire crowd was SO into it and because of that, this was probably the fullest that Zbar has ever felt… we were extended to the walls/corners and pushed up as close to the stage as possible. The crowd felt their euphoria and was trying to match it Tank and her talented crew.

This show sold out pretty quickly and after speaking to some folks after the show, fans traveled some distances to come see them in such a beautiful yet space like Zanzabar. 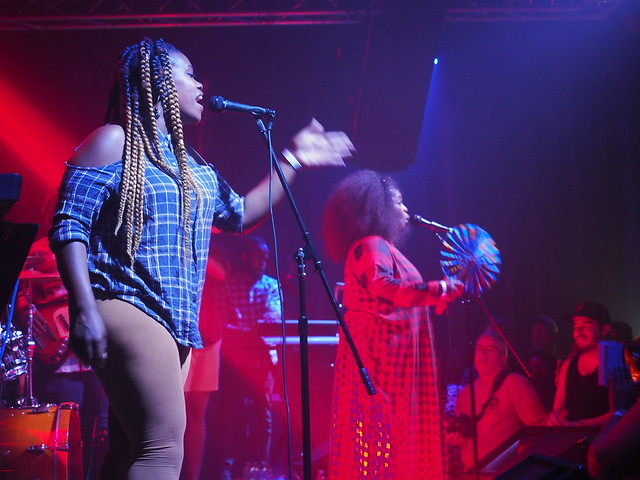 One thought on “Tank and The Bangas banged at Z”