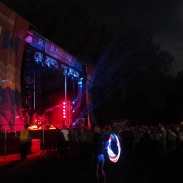 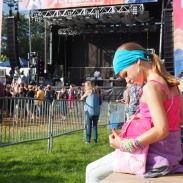 A few months ago I noticed an ad for a music festival in my hometown of Fort Wayne, Indiana. I haven’t lived in Fort Wayne for quite some time now, but I will always have pride for the city. Growing up the Fort was a great place to live, but until recently, it wasn’t really somewhere that you moved back to after college. That is all changing and the first annual Middle Waves Festival is a sign of this positive movement. Each time I return home more and more businesses, restaurants and housing options keep popping up in the revitalized downtown. This growth has started to draw young professionals to Fort Wayne and the scene is definitely developing.

The festival was set in Headwaters Park in the downtown area. Organizers were ambitious in curating three stages, each named after the three rivers that merge in the area. Two of these performance spaces were free to the public. The St. Joseph’s stage hosted many young, local bands and was free to all passerby’s. Nearby Maumee stage was also ticketless and actually included some LML favorites, as well as some other acts that caught our eye. The largest stage, St. Mary’s, was enclosed and though it required a ticket, both single day and weekend passes were very reasonable.

The weather wasn’t ideal, as it rained all Saturday morning, but neither festival organizers nor attendees seemed phased. Both nights ended beautifully, with fresh fall air and an unbelievable moon.

Our favorite sets of the weekend included… 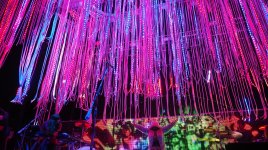 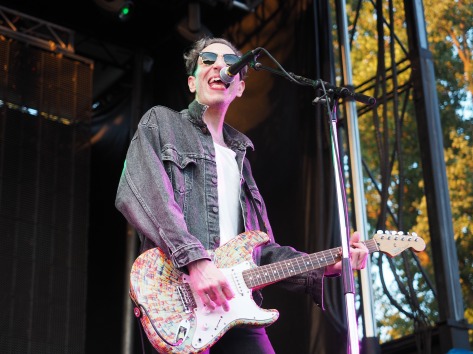 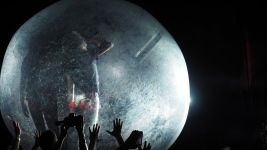 I brought Brittany, obvi, as well as our friend Beaver to show them that Fort Wayne isn’t just some small Indiana town, but actually a blossoming city with it’s own vibrant culture and scene. It was quite fun to show them local establishments that speak to my time and identity as a Fort Wayne resident- Coney Island, Mad Anthony Brewing, Dash-In were all on the bill.

Cheers to the Middle Waves crew and the city of Fort Wayne for a tight weekend. I hope that this happens again next year, and I’ll work to bring even more Louisville friends up for some good music and even better times.

One thought on “Live Music Lou Takes On Middle Waves”