Cherub. Holy children. Holy drunk children. I may have once been one of those folks, but I felt a bit out of place at Mercury last week for this doozie.

I saw a hot second (literally) of Cherub’s Forecastle set this summer and found that short time to be a lot of fun.  I also know several friends who have been following the duo from the beginning- if I remember correctly Cherub played New Vintage back when the club just opened and they were at that show. So even though I can openly say I don’t listen to a whole lot of the band, besides at a random house party every so often, I wanted to see them while they were in town. It felt like literally everyone one else at the sold out Mercury Ballroom were MASSIVE Cherub fans, however.  That is not surprising- it is easy to see why so many people, particularly youths, love this band.  Jordan Kelley and Jason Huber are young, attractive, and super talented.  And their lyrics talk about rowdy antics. That is a knock out combo right there.

Shooting these guys was a lot of fun- the lights were great, they were very animated and I got front row seats taking pictures.  The talk box is always a distinctive addition to any band’s sound but it adds a lot in particular for this band and their electronic, indie, party conglomerate. 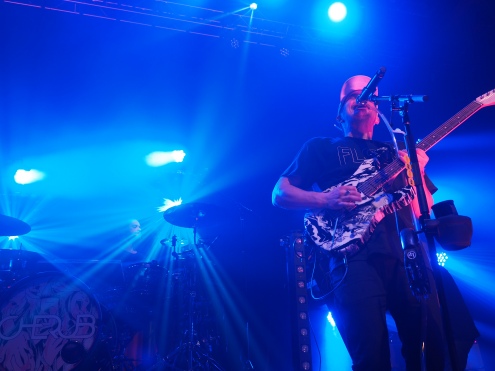 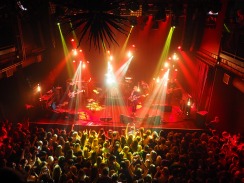 After taking photos, we stood in the back away from the crazed college bros and babes.  I reflected on how poor I would have been living somewhere like Louisville as a undergrad.  Little Danville didn’t even have a bar when I was in school, let alone top notch music venues.  Ah, to be young and alive.