This Louisville crew headed to Lexington for some more festival fun at the second annual MoonTower Fest. The smaller, more intimate festival environment was a refreshing one, comparing it to the rest of our summer adventures. We caught a lot of great regional music and enjoyed a hot, but overall nice day (with real bathrooms and a dog friendly space) at Masterson Station Park.

We initially planned on getting to Lex in time for Ben Lacy, Parker Millsap and Brave Baby, among others, who had early sets, but of course we were late. Our time issues were only fortuitous in that we missed the torrential rainfall of the day. That being said, we loved the seven bands that we did catch.

It was a nice little homecoming for Ben Sollee this past Saturday. Sollee is originally from Lexington but has recently relocated to Louisville – people in 502 definitely claim him for their own. His real hometown showed some big time support for his post-rain, steamy set. He clearly had some friends and family in the crowd supporting and the constant smile on his face gave it away that he was glad to be home surrounded by people he loves.

I feel like I have heard their stuff but this was definitely the first time seeing them live…and I liked it a lot. Their style is pretty relaxed – vibe, clothing, sound, everything – and they were able to brush off the shitty traffic they had to sit through on the way to the show. We definitely will make sure to see them next time they are in Louisville. 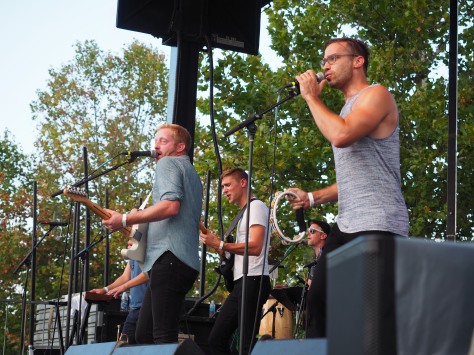 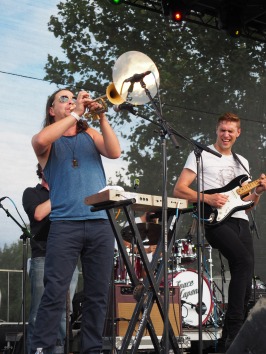 HOLY DANCING FEVER. What a groovy, infectious group of Nashville guys. We have had little exposure to their music (live or recorded) but from this short early-evening set, I think it is safe to say they are known for their in-the-flesh performances.

We’ve always loved these guys. They’re working on some new music, which is certainly exciting news for fans, and their hour long set included some of these fresh tunes. Kellen Wenrich, clearly a well-known Nashville fiddler, was just in KY last week with Gill Landry at the Seven Sense Festival in Louisville and once again helped give Apache Relay a great showing.

A good friend of mine has always talked up The Weeks and we somehow always seem to just miss them. I was pretty hyped to finally get to see a full set from them, and I was not discouraged in anyway by what I saw. They were a great bunch to take pictures of and just gave off a fun feeling that I really enjoyed.

This group has been practically living in Kentucky (maybe you should just take up residency, guys?) and they put on another doozie for us in Lexington. Quite fittingly, there was a full moon last weekend. The combination of J. Roddy’s rousing show, several hours of craft brews and the spectacular moonlight resulted in some pretty epic frolicking. And I don’t think we were the only ones taking part in this frivolity – the entire crowd, was pushed up to the stage (getting up there to get some shots was a difficult task as many people were unwilling to let us pass) and drawn in to each thing they band did. 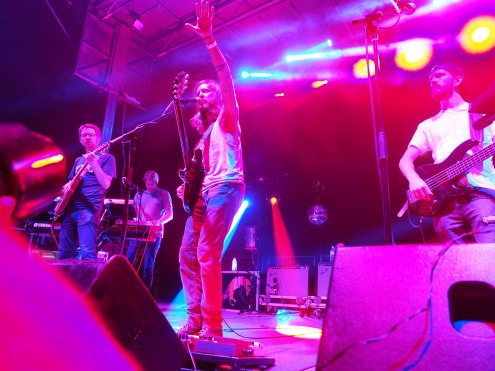 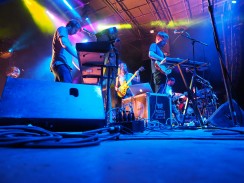 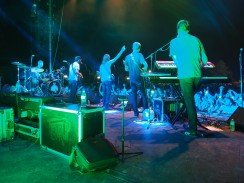 It is hard to deny that Moon Taxi is one of the best live bands in the game these days. We spoke with them before the festival for our Do502 Weekly Preview, and much of what we discussed was their famed live performance. The group just played (this past week) to upwards of 15,000 plus fans at Nashville’s Live On The Green, which is becoming a common occurrence for them. I think we got the same caliber show even with a significantly smaller crowd. The high-energy set was exactly what I expected and needed.

The Lexington festival displayed some of its own for sure, and definitely brought in quite the Nashville crew, which we always enjoy, but we thought the weekend was missing that Louisville-ness. For real, besides Ben (who is technically from Lexington but lives in Louisville now) there was no real Lou representation. Not sure what that was about – maybe next year, MoonTower crew? Lexington is an interesting culture compared to Louisville just because of the dynamics of the city. There is clearly a thriving arts scene but much of that is overwhelmed by the huge college-town presence that exists (versus Louisville where the city’s culture drives the university). The attendees of year two of MoonTower (side note: I’d be interested to see how the attendance from year 1 to year 2 compare) were ranging in walks of life, but all on board with getting exposed to some top bands in such a cozy environment. Overall, despite a few personal mishaps leaving the festival (i.e. cracked phones and douchey dudes), it was a pretty awesome day.

Check out the full gallery from our day here: