Day 1 of Forecastle may be hard to top. If the obnoxious heat and terrifying storm didn’t knock you off your game, set after set was potentially as good as it could have been. Here are our major takeaways from Friday at Forecastle: 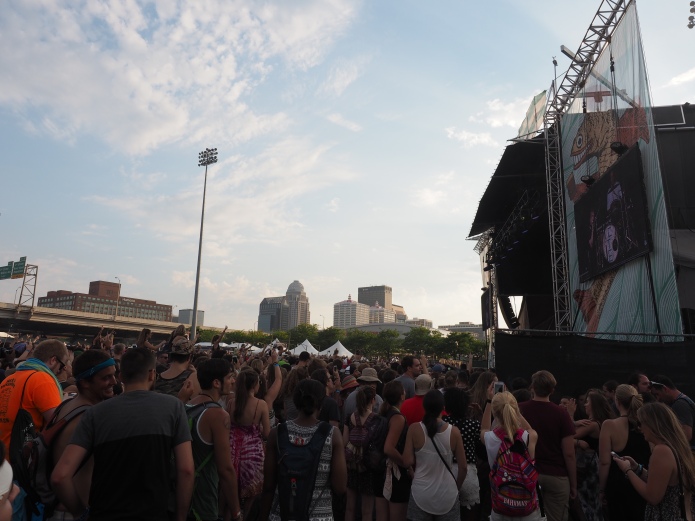 There were a lot of female-headed bands on yesterday’s lineup and each had ridiculous sets. We were kind of upset that we had to choose between ZZ Ward and Sister Sparrow, as both women’s strong, bluesy voices are defining. Charlene Kaye of San Fermin was on point. Kiesza can belt. Katie Toupin of Houndmouth had a lot of fan girls. Like, a lot. Moral of the story, we all know who really runs the world. 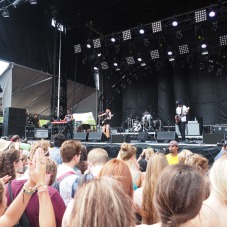 St. Paul & The Broken Bones was another set that was off of several people’s radar (they’ve been here twice in the last year) but was a must-see for us. Hearing Paul Janeway’s voice in person was remarkable.

Back to San Fermin…this was absolutely a can’t-miss set for us and what we got was the epic experience that we were expecting. It is pretty mind blowing that they are able to produce the unique sounds from their records in a live setting, but they do it, and they do it well. They have a good time jamming simultaneously and enjoying the crazy shit they are each adding to their songs.

And Houndmouth. For goodness sake, they made it very evident that they are legit and here to stay. Their Boom Stage-closing set was packed and there were clearly a lot of people that are just as big of fans as we are (sooooo many sing-alongs.) 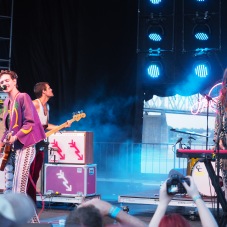 We didn’t really know what to think about Sam Smith‘s set. There has been some mumbling from some Forecastle fans about this choice as the closer and I mean the guy just had throat surgery! Now it may have been the carry-over high of Houndmouth, but once we found our spot to watch Sam rip, we actually were really into it. Just as we were getting our groove (my dancing is always entertaining in itself) that stupid pop-up storm had to ruin everything! 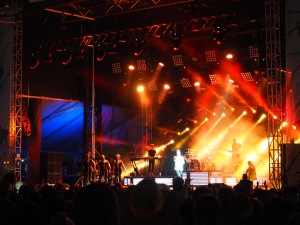 If day 2 is anything like yesterday (minus the crazy weather ending) then we’re all in for another doozie.