We’ve had this one on the calendar for a while – looking forward to seeing Future Thieves roll through Zbar.

CHEW has been through town a couple of times…we’ve even interviewed them! $5 gets you into The Cure Lounge for this one.

If you feel like driving down to Lexington, head to Manchester Music Hall for a night of cigarettes and whiskey with Lucero.

It’s not all that often that you can snag a free show at Kaiju!

We always love it when Bowling Green’s Morning Teleportation comes to town. They had a new album in 2017, so you’ll likely hear a lot of Salivating for Symbiosis.

Wait, for real?! Auralgamisounds is celebrating 3 years. A whole slew of Louisville bands will be at Kaiju to partayyyy!

Head out to Holsopple Brewing for some brews and bluegrass. Hosopple is celebrating their first year. We haven’t been yet, and do love beer and bluegrass, so….

Jimmy Can’t Dance is becoming known for the diversity of their shows. The jazz club will be taken over by our bud 1200, who is a musician of all trades. Who knows what this 3 hours set will include. I’m intrigued. (Side note: Jecorey just took a new job at LPM, so this will be a doubly fun celebration!)

The Noise presents this metal evening. Bring your ear plugs and stretch your neck and horns out.

“Urban Bush Women (UBW) is a Brooklyn, New York-based non-profit dance company, that was founded in 1984 by Jawole Willa Jo Zollar.” Their work is inspired on social justice issues through music and dance. The group will be at The Brown Theater.

The First Stop on The Road to Rob Fest

Adolescent suicide awareness and prevention is an incredibly important cause, so come show support. 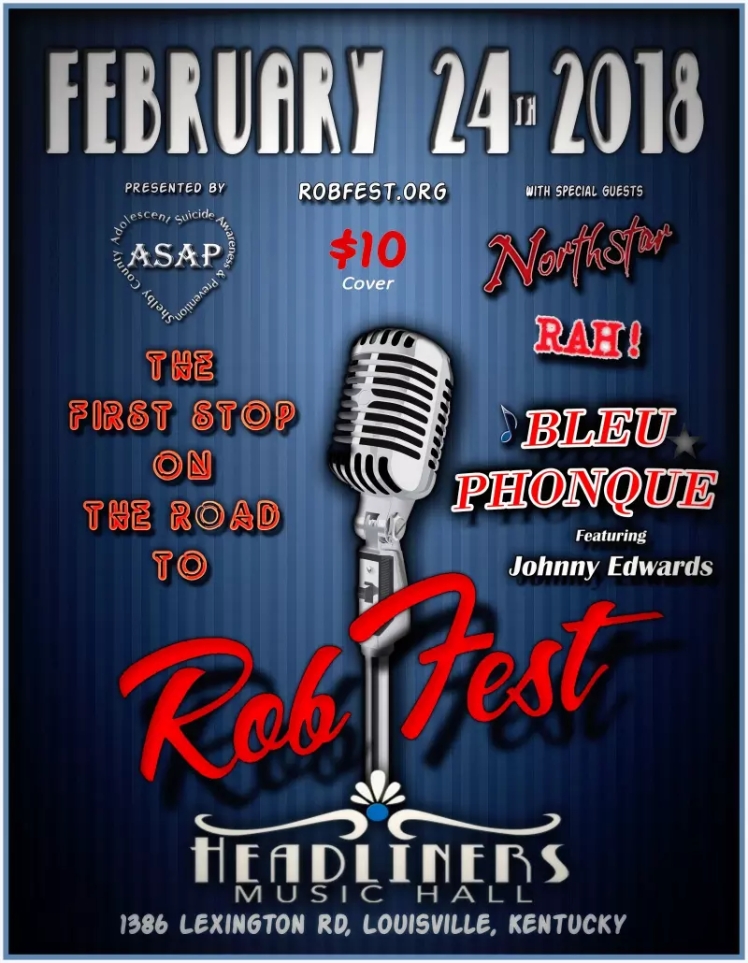