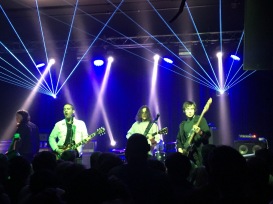 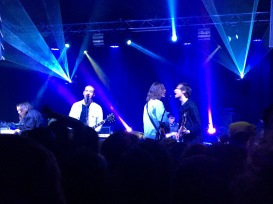 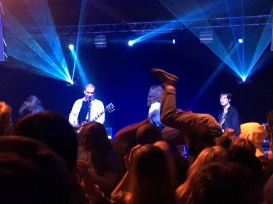 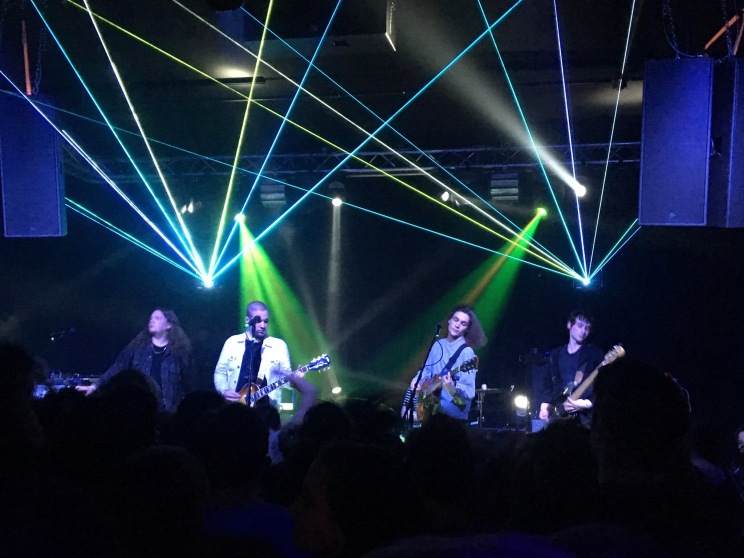 A few weeks ago, White Reaper rocked out to a high-energy, electrified sold out crowd as they debuted their new album The World’s Best American Band. From the first moment when introduced with a giant Oscar replica statue declaring them “The World’s Best American Band,” I knew that I was in for a memorable show. Growing up with my formative music influences being bands classics like Pink Floyd, Rush, and The Rolling Stones, it was refreshing to see a young band playing “pure rock” without being tempted to go into pop and synthesized rhythms like many rock and alternative bands today.

White Reaper transported the audience back to a time of hair-banging rock, complete with laser lights, confetti, and mosh pits! The reason White Reaper works, is because they completely 100% own up to what they are: a classic rock band. They are a band to be taken seriously, but they seem smart enough to know not to take themselves too seriously and just have fun. While I could hear ballads that sounded inspired by modern bands like The Arctic Monkeys, it also felt like Spinal Tap could just as easily be an inspiration.

White Reaper has the potential to make it big beyond the borders of The Watterson and I can’t wait for their next show!