of Montreal‘s Kevin Barnes is a creative man. That became quite obvious on October 13th at Headliners.

Honestly, I was quite surprised by the effort and detail that were on display during the set. Barnes had several costume changes, as well as multiple versions of background dancers. Every element was deliberate, additive, and just plain fun. It wasn’t showy to the point that you focused on the theatrics rather than the music, but it all gave the performance a certain amusing, freaky, expressive feeling.

The crowd loved the antics. And the band fed off of that love. At first, you may have been taken aback by the costumes, skin, oddities, etc…but Barnes and his band erased all discomfort, causing everyone to embrace their weirdness. I honestly don’t know much of their music but found myself taken over by some free-spirited dancing.

Check out the rest of our photos in the Flickr album below!!! 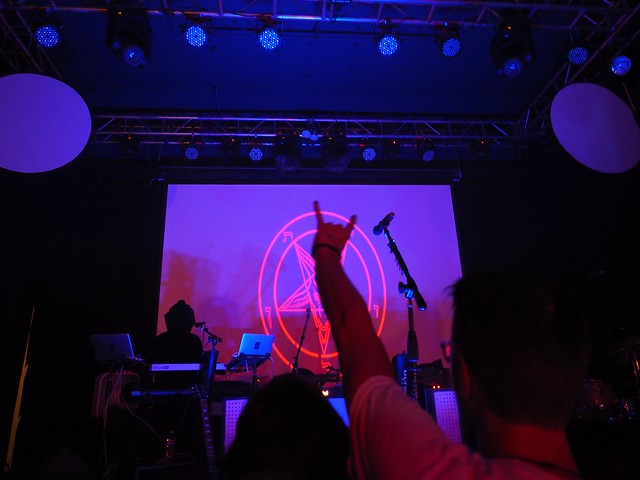