To start, what a great weekend. This was a big weekend for us as Live Music Lou – we got to take pictures from the pit! I had my first, “holy shit, this is really freaking cool” moment while taking pictures of Ludacris…LUDAAAAAA! Heading out of town, just down the road to St. Louis gave the “working” weekend a vacation feel. St. Louis as a city was a new spot for us, and although we didn’t do a great deal of exploring, the city and its people were incredibly welcoming hosts, making for a damn good time at Lou Fest.

Aub: For me, it has to be The Suffers. This Houston band has been gaining fans left and right during their festival heavy summer. Kam Franklin is brilliant, and I can’t help but to move each time she rips. I also need to find out where she shops – that dress was flawless.

Britt: When Pokey LaFarge and crew take any stage, it’s nearly impossible to not dance along. While it wasn’t necessarily the whole crowd movin’ & groovin’, everyone at least was tapping their feet and the dancers I did see were really into it.

The Suffers at Lou Fest 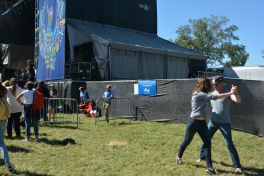 Aub: Luda brought it and St. Louis loved it. Everyone had a blast reliving the 2000s with some of Ludacris’ classics. The rapper also employed some less than typical tactics to get the entire crowd riled up (i.e. the “F*** that side” chants) but it certainly worked. Zero F’s were given as thousands sang along to “Fantasy” and others.

Britt: I wasn’t there for their full set, but even joining in part of the way through and being pretty far back, Young The Giant brought what everyone was looking for. That sequined jacket alone was enough to get the crowd energized, and when combined with the band’s talent, it proved to be the perfect combination.

Aub: Sameer Gadhia and the rest of his Young The Giant crew were killing it with their over-the-top jackets/tops. The lead singer’s jewel emblazoned jacket, in combination with the great lights and his high energy made for some fun pictures while in the pit. All the kiddos in attendance Sunday seemed to be waiting for this Phillip’s 66 closing set, but that served me just fine – I can jam just as well from the back.

Britt: Maybe not the best…so it was casually super chilly at night both days of the festival. You’d think the baby girls would learn after Day 1, but they didn’t. While we were bringing double layers of sweaters to put on as soon as the sun went down, there were many (many many many many) bare asses, backs, legs…you get the picture. Why, girls? Use that weather app on your new iPhone, please.

Young The Giant at Lou Fest

Aub: Strand of Oaks‘ crowd was by no means the largest, however there were some incredibly exuberant fans there to catch his set, including myself. Timothy Showalter was clearly not enjoying the blazing sun during his 5:30pm set (his face got REAL red, real quick) but it didn’t stop him from giving the crowd exactly what they wanted – his brand of potent and volatile rock.

Britt: Having to fight toward the front for Brandon Flowers‘ set was pretty intense at times. Not gonna lie, the amount of elbows we had to push through was obnoxious, and while I understand wanting to have the perfect view (I mean, it is Brandon Flowers after all), it wasn’t the most pleasant crowd I’ve been in. So while Strand of Oaks was rowdy in a good way, I can’t say the same about this experience at the Bud Light stage.

Strand of Oaks at Lou Fest

Aub: I don’t think I really knew what to expect from Billy Idol…I mean it is Billy Idol. Nevertheless, I was surprised by how many people were excited to see the legendary rocker as well as how amped I was throughout his set. The man looks incredible for 60 something, and clearly still has the energy of a younger man as his set was high intensity all of the way through. (Note: The itty-bitties waiting for Idol to finish and YTG to start were hysterical to listen to, “ugh, shut up Billy Idol.” Silly kids.)

Britt: I didn’t know much about MisterWives going into the festival (other than a recommendation from our friend, Cynthia), but lead singer Mandy Lee brought a crazy amount of energy and presence to her performance. The crowd was hanging on to every move she made as she bounded around the stage. I really enjoyed their entire set. 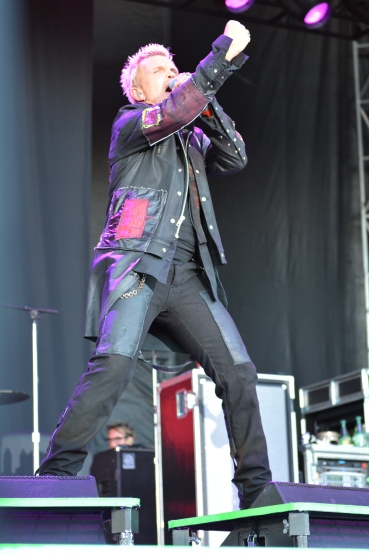 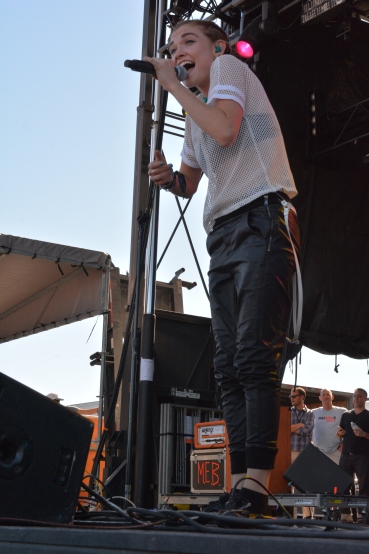 Aub: The Shade Stage was really not that shaded (literally every group found themselves staring directly into the hot, hot sun) however, it did provide a place for some semi-shaded hill-sitting for festival-goers.

Britt: To be honest, the scenery was nice at the entire festival. The blue skies and bright sun during the day was lovely, and when the stage banners were lit up at night, it was a different, but still nice change of pace. No complaints here.

Aub: I was more than a little peeved with Brandon Flowers not letting photographers come in the pit (apparently he’s done it before… annoying), but that quickly anger quickly dissolved as The Killers front man got going. Talk about a man with a voice and persona.

Britt: This one is always difficult. I love Avett and they will always be a top contender. Hozier – I mean, that’s basically all that needs to be said. I’m getting chills sitting here in a student desk at school just thinking about his incredible voice. And then there was the mid-afternoon Nate Ruess performance. I can’t understand how his vocal chords allow his voice to get so high, but I (along with obviously everyone else there) loved it. So, three way tie?

The Avett Brothers at Lou Fest 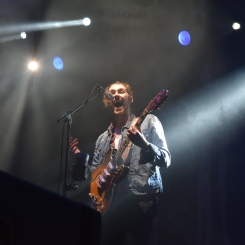 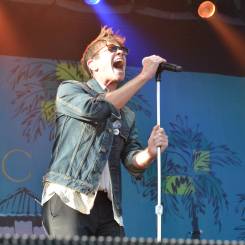 Check out all of our RAD pictures from the weekend here:

One thought on “How Live Music Lou did LouFest 2015”