Seven Sense changed a wee bit this year, and although we appreciate the free-ness of previous fests, the modifications were well done. New stages, new venue, new layout, two full days…was it too much change for one year? We don’t necessarily think so. I don’t know what the attendance was like over the weekend, and it might be tough to compare to previous years because it took place over two days and there was an entrance fee, but the crowd who was there clearly had a good time.

We hit up the event with Britt’s fam-damily in tow and thoroughly enjoyed the beer selection and of course Maggie (Magbooth photos for dayz) as well as sets both in and out of Swiss Hall. We caught the tail end of rock band Sweet Spirit. They kept the crowd’s energy up for the remainder of the Friday evening. Up next, Fort Defiance playing an intimate set on the Larceny Bourbon Stage, complete with a tiny pink piano. Aubrey finally got to see the magnificence of Diane Coffee, and that alone was worth the ticket. He is well known for his flamboyant getup that perfectly accentuates his musicianship. Patrick Sweany pleased the crowd inside Swiss Hall with his soothing vocals, and Banditos closed out our time there after having played WFPK’s Live Lunch earlier in the day.

Unfortunately, we weren’t able to make it for day 2 of Seven Sense, but from our experience and word of mouth from friends, we give this year’s fest a thumbs up. Can’t wait to see what next year brings! 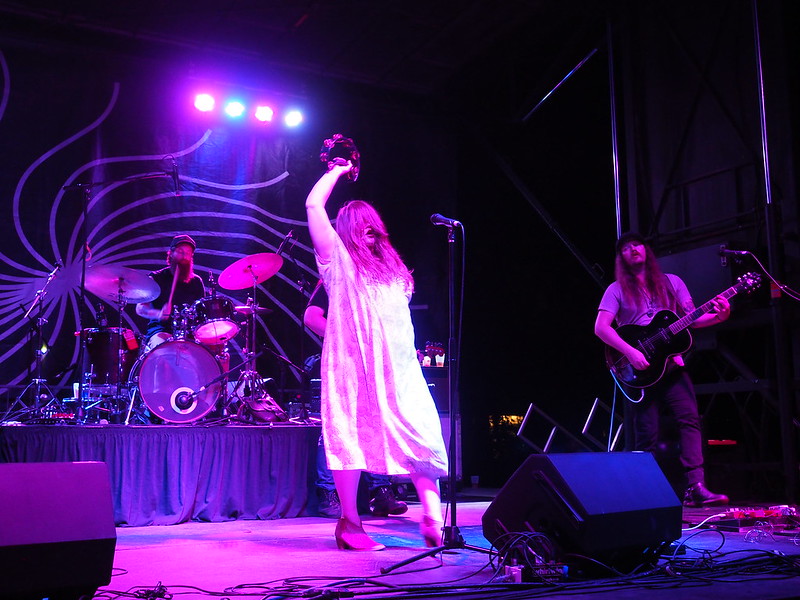