I think we’ve been pretty obvious about our love for this festival. So far, this year is reaffirming this adoration.

Here are some of our day 1 takeaways:

Downsizing to three stages in one confined area was a major win. Everything is incredibly accessible and easy to walk (+ no more shaky bridge of death…YASSSS). Even with the more densely packed grounds, we didn’t wait for beer or toilets (and we found the pristine ones!) and everyone was just packed in a little tighter, but not to the point that we were on top of each other. Although, looking at the Saturday lineup, this could absolutely change… Saturday is huge. We even had a chance to easily/quickly check out some of the “vendors.” Ya’ll are cool, except for the Ford people. Rude.

Friday was definitely set up for those who like it fast and hard. JOKES ON JOKES. 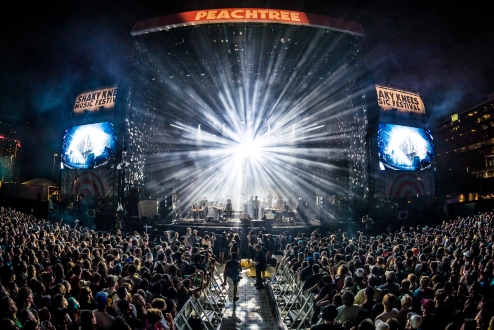 SO – it was a great Friday. But today is going to knock Friday’s little socks off. Until tomorrow, yall.