These English sisters are p. spectacular.

I had heard some of their stuff on WFPK and Spotify in preparation for this show, but was not fully aware of the cohesive, beautiful music the trio creates.

The sister band thing is certainly not new, but is a hot trend right now.  The ability of these sister groups, like The Staves, to perfectly match and blend their voices is impossible to recreate. They clearly have some supernatural, genetic connection. 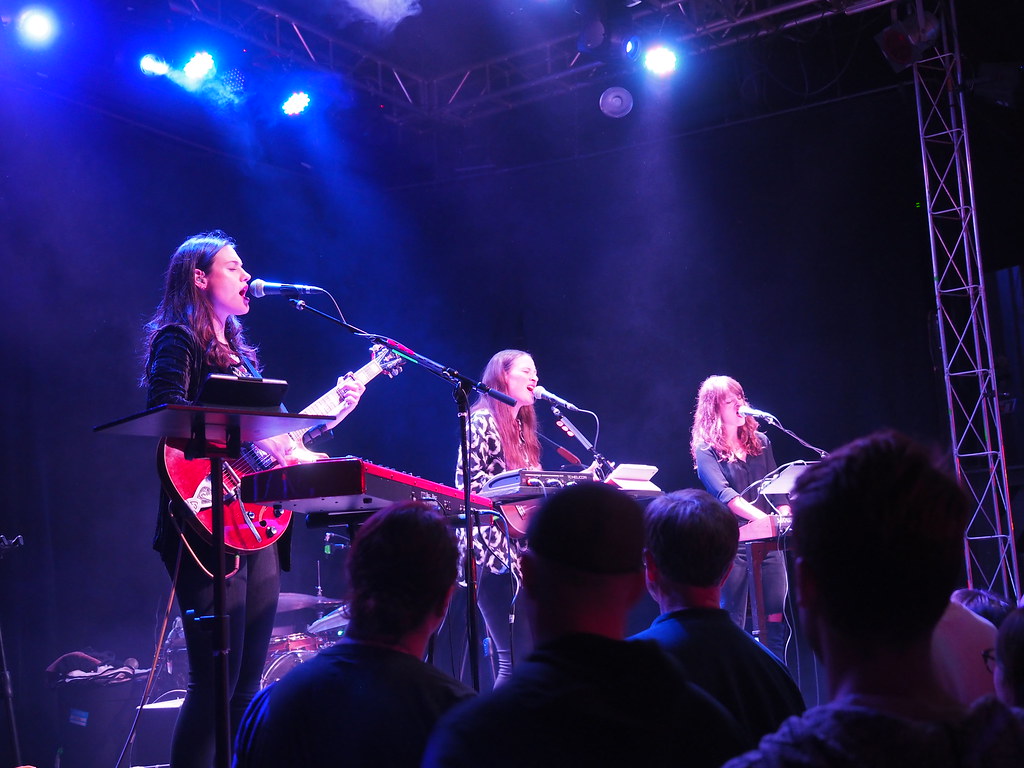 Johnnyswim packed Headliners for night two of our “residency” at Headliners. We arrived a little late, to be honest, but were able to catch the tail end of their set and see exactly what filled the place. They are easy to look at, that is for sure, and make us all jealous because it so clear they are pretty much obsessed with each other. That obvious connection translates into perfectly mixed harmonies and back-and-forth play while on stage. Amanda Sudano and Abner Ramirez both have strong voices, but at no point is there ever a power-play. It is sososo smooth. 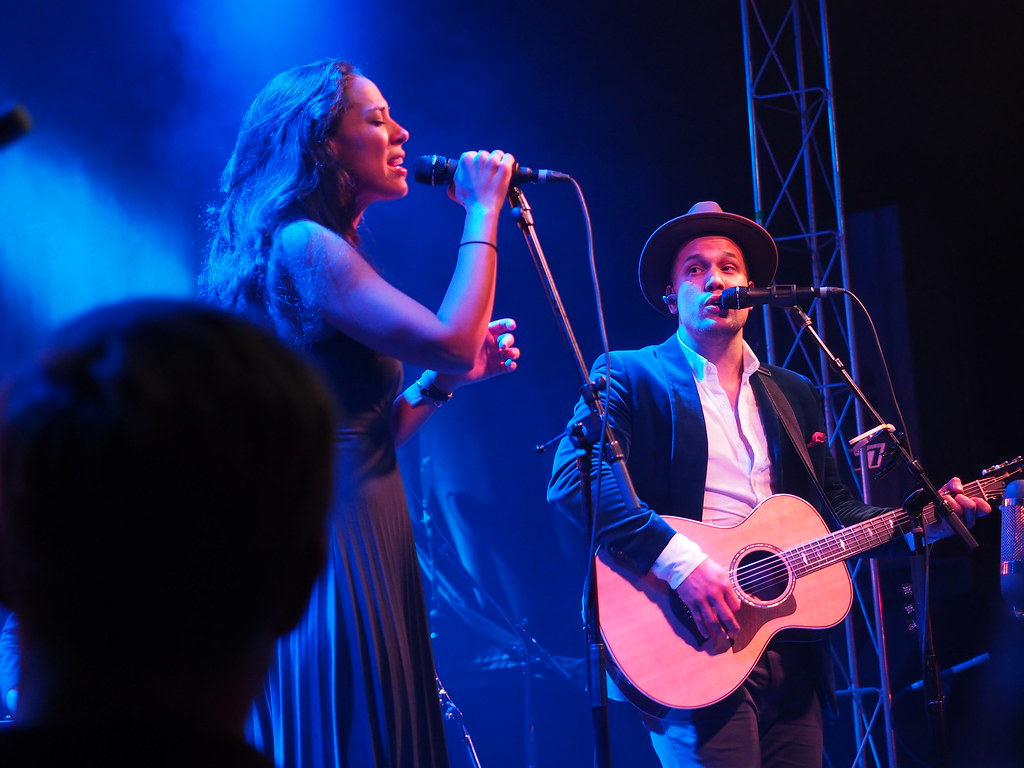 Damn I wish I could be that honest.

Nikki is an open book, and I love it. Her songs are reflective of true experiences and feelings, and from her brief commentary, we got a look into how those things have shaped her. She’s got a no BS air to her- from her lyrics, to her style- and I admire strong women with that trait. I think we could be friends, tbh. 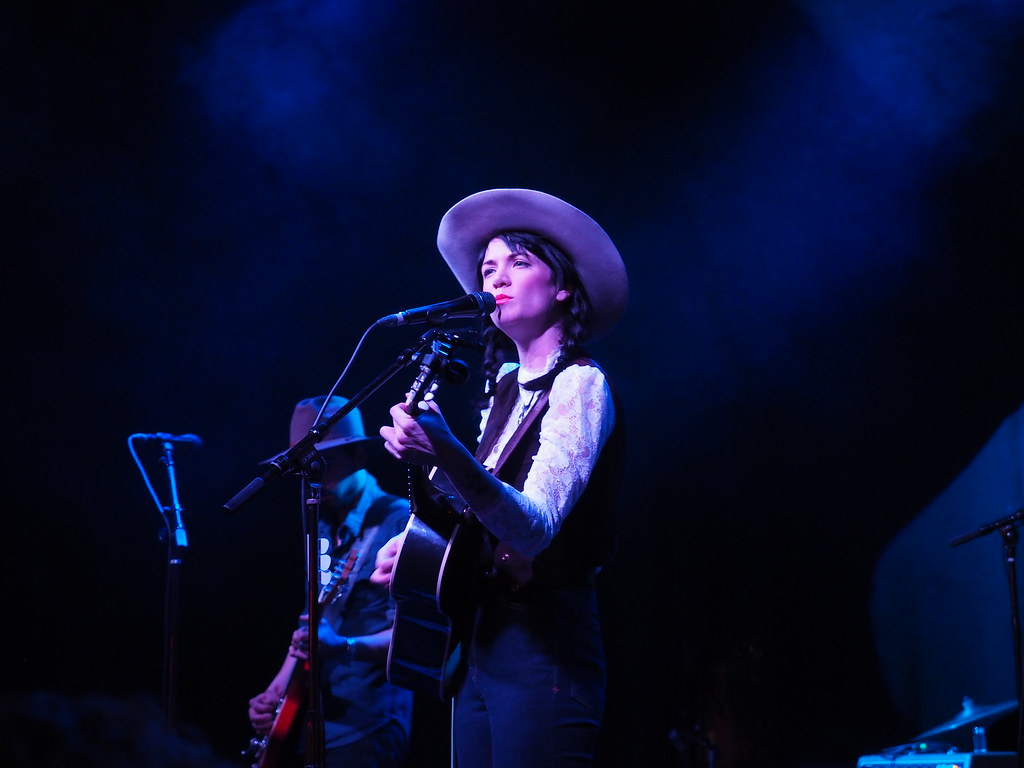 Kyle Meredith loves MD. I respect the fuck out of KM, so therefore I also like Mike Doughty.

I’ve enjoyed Mike Doughty for several years now, and have always appreciated that WFPK (KM) seems to share the same appreciation, hearing him on the radio quite often. I didn’t realize what all goes into a Mike Doughty production, but seeing things performed live was eye-opening. I had no idea that he performed with such a backing crew, including the charismatic cellist Scrap Livingston (and his finger puppets? IDK).We learned that he was born in Kentucky, so there’s that fun bit of information. The Headliners crowd was the smallest of the week, which was a little disappointing. Nevertheless, there were a boat load of people that stayed after to meet the man and have him sign “anything.” 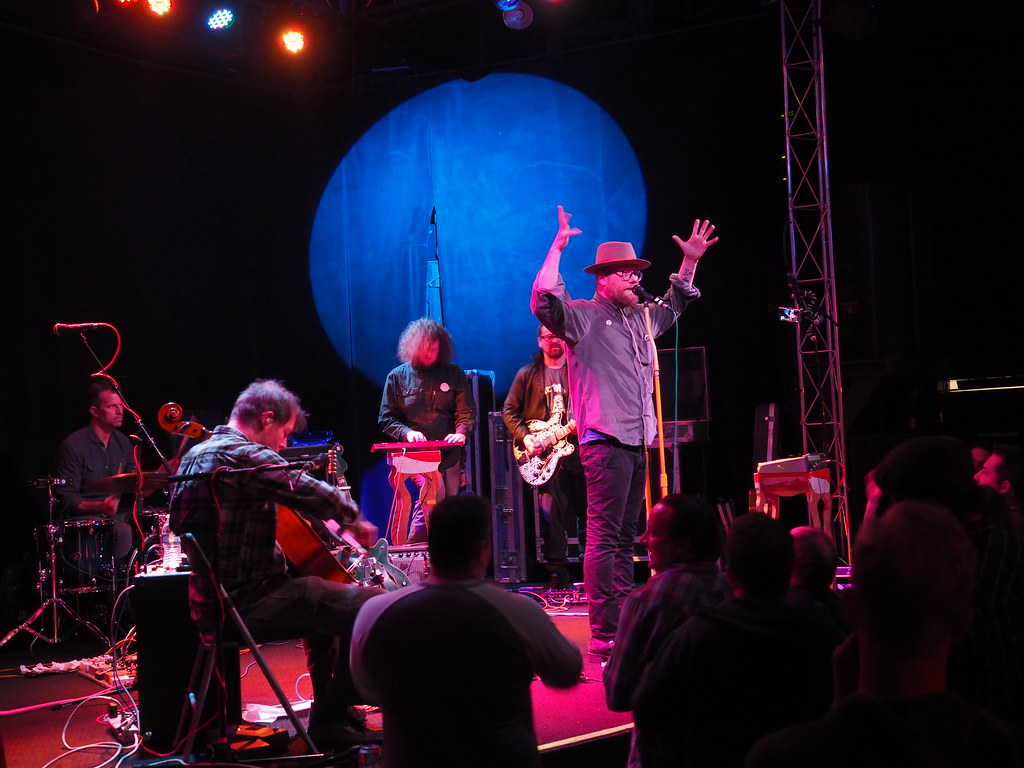 I may have been pretty parade-buzzed, but she is like that Bloody Mary that you need at brunch, you know?

It was a long day for many people in the crowd, us included. A day at the parade wasn’t going to stop this sell out crowd from showing up for this legendary performer. I think it was a pretty special treat for Neko Case to be performing at an intimate venue like Headliners. We were packed in there tight, not really taking notice considering our mental state of mind at that time. We were also not phased by witnessing our first ever Headliners security take down. I guess that tells you how in-the-zone her performance had us. I still pine for the day of a The New Pornographers performance (just a personal thing) but the strength, beauty, and prowess of Neko Case was enough for me that night. She is apparently a bit of a diva, as she deserves to be, so no photos/phones were permitted this evening- sorryboutit.