It was a grand ol’ night for Louisville music. Nellie Pearl celebrated the release of their new work, but other Louisville bands also shined at Headliners. 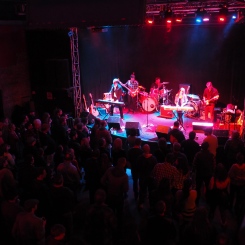 Frederick the Younger has been working incredibly hard as of late and it is really starting to show. Maybe it is because the acoustics at Headliners are slightly better than other venues we’ve seen them play before, but FTY flat out sounded great. Their overall presence seems to have matured as the band controlled the stage and produced their funky jams for us.  Mad respect to these fellow teachers for continuing to kill it. 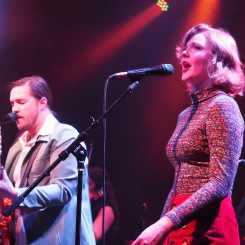 Nellie Pearl was the honored guest, however, as they have a fresh album out, Lonesome No More!  I think this is the first time we’ve actually seen them live and to be honest, the first thing that stood out to me was all of the polyester.  Their on stage personas were more than just fantastic outerwear, though. Rachel Lauren Monroe’s voice is on point- so natural yet striking- and her look is picturesque. Johnathon Mitchell has that something special as a performer.  They also get bonus points with the upright bass and violin presence- always a winner in our book. All-in-all, everyone meshes together very well, kind of taking you to another place and time entirely. That is what a good show is supposed to be like, right?