Nichole, the self proclaimed former “emo kid,” said this show allowed her to relive her high school persona. It is hard for me to dispute that.

Yellowcard was that band that made you feel punk and edgy without really fully committing. New Found Glory took you a little further down that twisty road, but definitely were on some of my CD mixes back in the day.

We sang along all night to both bands, and I even got the opportunity to shoot some photos. Let me tell you, this was not an easy task, as both bands are incredibly animated and lively on stage – AKA moving around A LOT, like blurs on the stage. 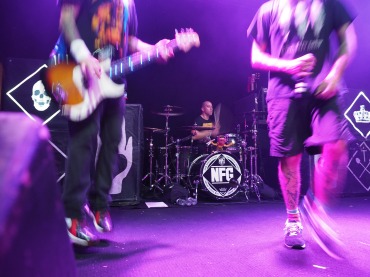 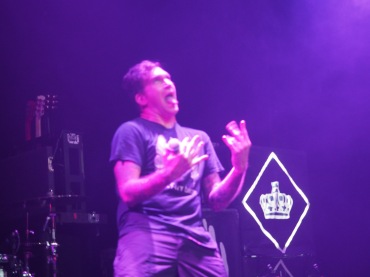 The show was sold out, and everyone appeared to be in the same boat as we were – reminiscing on earlier days.

One thought on “Don’t judge- we were THOSE kids.”