Jecorey Arthur is a jack of all trades. He is visionary. He brings the best out of people. He is a leader.

The build up for #1200Live was huge. With two full length albums being released, the music was obviously a major element. But that wasn’t enough for him. We should all know that by now.

I honestly didn’t know what to really expect from this full sense experience I’d been reading/hearing about. Would it be too much? Would the songs and his musical talent be overwhelmed by the other aspects of the performance? Could it truly all be tied together?

I shouldn’t have even questioned it for a second.

Floating between old recognizable hits, xylophone (or whatever that percussion instrument was that he played) breaks, vocal solos, ballerina moments, and the continually present light, 1200 and his crew showcased all of their talents and hard work. He admitted and kind of apologized at one point, to any people that thought they were coming to a traditional hip-hop show. That it was not. It was an artistic venture.

The music itself was deep. Arthur shifts perspective constantly, covering both dark and light narratives. He hopped between the two sides with ease, and though the two albums are heavy in content, it still organically shifted. I am excited to listen through both Séance and Spirit, on their own, probably playing it for my students.

1200 shows can be overflowing with energy, like in the literal mosh-pit fashion or in all white orchestra/choir kind of way. This was different but still full of that spirit.  The excitement and effort carried into the crowd but in a more subtle, refined way. Each piece of the larger puzzle was exuberant, prepared and obviously skilled on their own. But all together, it was something I’ve never really experienced.

Each live performance that 1200 gives is new and inventive, and hard to imagine being topped. But so far, he continues to do just that. He has some very talented people in his corner (shout out to those wonderful peeps!) and he is able to use them to perfect his vision. I call 1200 a true leader, as he not only shined but also led the rest of his performers to give us their best. That was really cool. His collaborative spirit, be it with the students he teaches daily or the city organizations he has inserted himself in, is one that we should all aspire to recreate in some form or fashion.

(For more of the night’s photos, check out our full album by clicking on the photo below!) 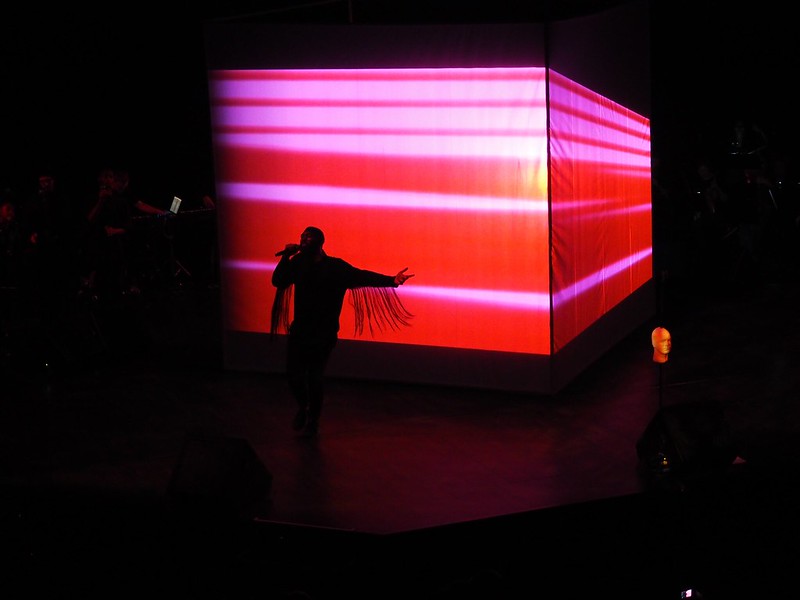